1st Corinthians 15:1-6, “Moreover, brethren, I declare unto you the gospel which I preached unto you, which also ye have received, and wherein ye stand; By which also ye are saved, if ye keep in memory what I preached unto you, unless ye have believed in vain. For I delivered unto you first of all that which I also received, how that Christ died for our sins according to the scriptures; And that he was buried, and that he rose again the third day according to the scriptures: And that he was seen of Cephas, then of the twelve: After that, he was seen of above five hundred brethren at once; of whom the greater part remain unto this present, but some are fallen asleep.”
A professed Christian man recently said to me that he doesn't know how to lead someone to Jesus Christ. That is his pastor's fault for not feeding his people. Jeremiah 3:15, “And I will give you pastors according to mine heart, which shall feed you with knowledge and understanding.” You know, a church congregation is NOT the pastor's flock, it is God's flock that has been entrusted to that pastor. Acts 20:28, “Take heed therefore unto yourselves, and to all the flock, over the which the Holy Ghost hath made you overseers, to feed the church of God, which he hath purchased with his own blood.” Sadly, our churches (especially Baptist) today are filled with spiritually malnourished, sickly and starving saints. What a shame for a man who has been attending his local Baptist church for several years, not to know how to share his faith with someone. Shame on his deadbeat pastor!
Dear reader, it is so easy, quick, free and simple to be saved. That is, to be born-again! To be “saved” simply means, that you have been rescued from the eternal prison sentence you were facing in the Lake of Fire (Revelation 20:12-15). All mankind are guilty before God (Romans 3:19-20). You and I are guilty sinners! We deserve to spend eternity burning in Hell. A lot of people have difficulty accepting that truth, but it is only because we cannot grasp the holiness, perfection and righteousness of our great God and Creator.
To get right to the point, God loves you so much dear friend that He chose to die on a cross to pay for your sins, rather than let you spend eternity separated from Him in the torments of Hell beneath. God came down to earth and took on the form of a man, Jesus (1st Timothy 3:16). God became flesh and walked among men, as the only begotten Son of God (John 1:1-3, 14). Christ DIED on a cross in your place and mine. Jesus paid a debt He did not owe, because we owed a debt we could not pay (2nd Corinthians 5:21). JESUS PAID IT ALL!!!
Nicodemus and Joseph of Arimathea carefully removed Jesus' lifeless body from the cross, embalmed Him according to Jewish custom, and then buried the dead Savior in a tomb in which no man had ever been paid to rest. Three glorious days later, by a miracle of God almighty, Jesus resurrected physically from the dead in His immortal glorified body. That is the Gospel (the GOOD NEWS):
Anyone who comes to God as a needy guilty sinner, and accepts these FACTS as true, personally choosing to rely (trust) upon them for eternal life, is saved. Romans 1:16, “For I am not ashamed of the gospel of Christ: for it is the power of God unto salvation to every one that believeth; to the Jew first, and also to the Greek.” We are saved by BELIEVING this Good News!!! I believe it, do you?
You DON'T have to get water baptized to get to Heaven (the repentant thief on the cross didn't get water baptized in Luke 23:41-43). You don't have to confess Christ publicly to other people (the Apostle Peter publicly denied knowing Jesus in Luke 22:57; and the chief rulers who believed on Jesus did not confess Him in John 12:42-43). You don't have to forsake a lifestyle of sinning to get to Heaven. In 1st Corinthians 5:1-5 we read about a saved man who was living a lifestyle of fornication. The Bible says he later repented, but the Christian woman is never mentioned again. In 2nd Timothy 4:10, we read that the Christian Demas forsook the ministry, because he loved this present world. These were God's redeemed children living in sin, intentionally. Ananias and Sapphira chose to sin, and it cost them their lives!
Dear friend, you don't even have to give up your unbelief to get to Heaven:

Mark 9:23-26, “Jesus said unto him, If thou canst believe, all things are possible to him that believeth. And straightway the father of the child cried out, and said with tears, Lord, I believe; help thou mine unbelief. When Jesus saw that the people came running together, he rebuked the foul spirit, saying unto him, Thou dumb and deaf spirit, I charge thee, come out of him, and enter no more into him. And the spirit cried, and rent him sore, and came out of him: and he was as one dead; insomuch that many said, He is dead.”

This grieving father had his doubts in Jesus, but he so desperately wanted his son to be made well again, that he cast himself at Jesus' feet, doubts and all. Dear friend, even if you have 99% doubt that the Bible is actually true, if you'll put that 1% of faith in Jesus Christ alone as your only hope for eternal life and forgiveness of sins, God promises to save you! Jesus said if a man has faith as small as a seed of mustard seed, he can move mountains with God. Mustard seeds are among the tiniest seeds in the world, yet mustard plants grow upwards of 8 to 12 feet tall. Even the least bit of genuine faith in Jesus as the Christ, the only begotten Son of God, is enough to save the worst sinner upon the planet! John 20:31, “But these are written, that ye might believe that Jesus is the Christ, the Son of God; and that believing ye might have life through his name.”
You need HIS RIGHTEOUSNESS dear reader. Matthew 6:33, “But seek ye first the kingdom of God, and his righteousness; and all these things shall be added unto you.” Philippians 3:9, “And be found in him, not having mine own righteousness, which is of the law, but that which is through the faith of Christ, the righteousness which is of God by faith:” Simply place your childlike faith (confidence), oh guilty sinner, in the death, burial and resurrection of Jesus Christ (who sacrificed His life on the cross to pay our debt of sin) and you will be immediately, irrevocably and eternally saved. You have God's promise of it! Titus 1:2, “In hope of eternal life, which God, that cannot lie, promised before the world began;”
You do NOT have to pray a prayer to be saved. You can simply BELIEVE in your soul on the Lord Jesus Christ. Simply by faith take God at His Word, as recorded in the inspired Holy Bible.
Salvation is not a reward for the righteous, it is a gift for the guilty!
Salvation is not doing your best, it is having Christ's best put to your account through receiving Him by faith.
Turning away from sinful ways would be a work. Faith puts all of the merit where it belongs, on the object of our faith, Jesus and His work.
If to “repent” means to forsake our sinful ways TO BE SAVED, but Jesus already paid for our sins by dying on the cross, then what are we repenting from?
The true Gospel always points you to CHRIST; a false gospel always points to YOU.
Simply BELIEVE on the Lord Jesus Christ, and the work is done, you are saved. There are only two types of religions in the world: DO and DONE! You either believe Jesus has already done it for you; or else you think you must do something to earn, merit and obtain it. What did Jesus say? John 6:28-29, “Then said they unto him, What shall we do, that we might work the works of God? Jesus answered and said unto them, This is the work of God, that ye believe on him whom he hath sent.” Simply believe the Good News of Jesus Christ!
THE CLEAR GOSPEL IN 4 MINUTES
(Pastor Ralph Yankee Arnold)
on September 20, 2022 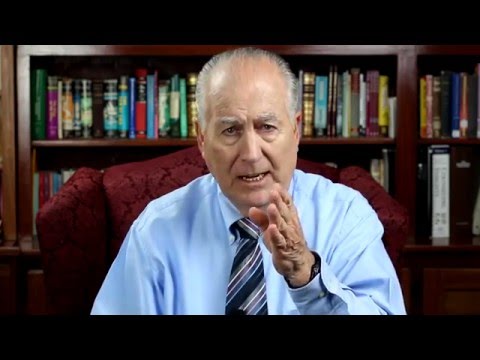